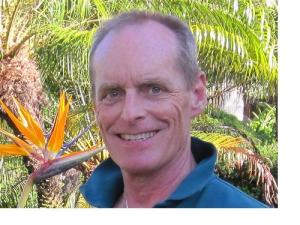 Tom grew up in the Midwest in Shawnee Mission, Kansas and is a graduate of the University of Kansas in Lawrence, Kansas. He moved to Boulder, Colorado to attend the University of Colorado School of Law. It was there that he first discovered the Chinese internal martial art of Tai Chi Chuan. This fostered a life-long interest in this exercise and its focus on inner strength, health and calmness. After graduating from law school, Tom worked to hone is craft as a trial attorney, first as a Deputy District Attorney in the Denver metro area and later as private counsel in several law firms in Steamboat Springs, Colorado. It was during this time while assisting clients through the pressure and stress of court trials, that Tom began to discover the impact that stress, lack of exercise and poor nutrition choices have on our health. He learned first hand that it is crucial to have a daily regime of health management and renewal. While in Steamboat Springs, Tom began to study Yang style Tai Chi Chuan from Master Kai Ying Tung of Los Angeles, CA, a third generation master of the Tung Family Style. His grandfather was a senior student of the famous Grandmaster Yang Chen Fu. It was also during this time that Tom began his study of meditation. One of his first meditation teachers was Fr. Thomas Keating, a Trappist monk with the Snowmass monastery near Aspen, CO.

Having established a successful law practice, Tom began looking for other professional challenges. Based on an earlier experience with acupuncture that helped him resolve some stress related health issues, Tom decided on studying acupuncture at Pacific College of Oriental Medicine in San Diego, which offered a four year program of Masters of Oriental Medicine. The program featured courses in acupuncture, acupressure, Chinese herbal medicine, massage, nutrition, Tai Chuan and Qigong as well as classes in Western allopathic medicine like anatomy, orthopedics, pathology, pharmacology and clinical counseling. Pacific College has consistently been ranked as one of the top acupuncture schools in the US with additional campuses in New York City and Chicago. While attending school, Tom also was fortunate to be able to assist in two private acupuncture clinics in the San Diego area. There he studied with two outstanding acupuncture practitioners, Zev Rosenberg and Dr. James Tsai, a Western trained surgeon who also is a fully credentialed acupuncturist. This clinical work was in addition to the supervised clinical acupuncture training that was part of the Pacific College program. Both of these acupuncturists were very generous in passing along extremely useful acupuncture and herbal clinical treatment information. Tom graduated summa cum laude with a Masters in Traditional Oriental Medicine from Pacific College. He had next passed the national certification board exams for both acupuncture and Chinese herbal medicine and is a Licensed Acupuncturist.

After graduating, Tom and his wife Pam wanted to return to Colorado and the Rocky Mountains to be able to resume backpacking, camping, hiking, fly-fishing and rafting. They selected Grand Junction on the Western Slope of Colorado.

In his clinic, Tom employs acupuncture, acupressure, Tui Na massage and Chinese herbal medicine, as well as the Pain Neutralization Technique. He has practiced acupuncture and Oriental Medicine in Grand Junction for over twelve years. He specializes in: relief from chronic pain, sports and traumatic injuries, including recovery from surgery, as well as treating menstrual disorders and infertility, stress-related illnesses, and post-stroke recovery. In addition to his private practice, Acupuncture For Accelerated Healing, Tom volunteers weekly at the Grand Junction Hospice Care Center. He also teaches classes in Tai Chi Chuan (Yang style), Qigong, and meditation to help his patients assist in their own healing and recover and improve their health. Tom and his wife Pam have resided in Grand Junction since 1998.